The Best Supplements To Reduce Stress And Anxiety 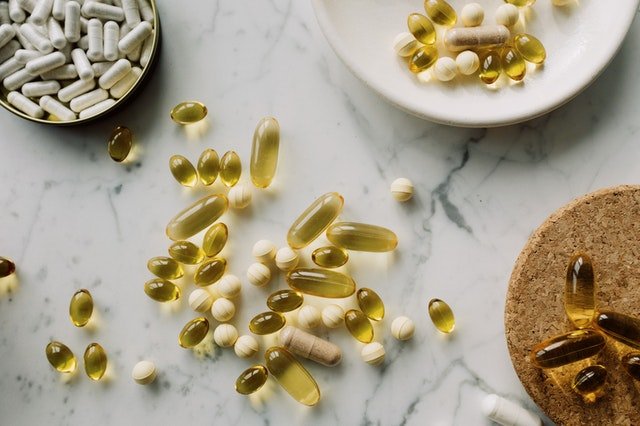 Feeling stressed and anxious can produce many uncomfortable symptoms in the body, from headaches and nausea to insomnia. When you’re stuck in a rut with feeling stressed, it can be difficult to see light at the end of the tunnel. Thankfully, there are several supplements out there that can be used as natural remedies. Here are some of the best natural herbs to reduce the symptoms of stress and anxiety.

Rhodiola is a herb that’s native to both Russia and Asia, the plant can help our bodies to resist stress. Rhodiola contains the active ingredients rosavin and salidroside, it’s been suggested that these substances produce a calming sensation. The US National Library Of Medicine suggests that ‘Rhodiola rosea may be an effective, short-term, antidepressant therapy.’

Magnesium is a mineral that can be found in many foods including whole grains, seeds, nuts, and green vegetables. The mineral is usually associated with producing energy, but it can also help to form neurological pathways. It’s been suggested that magnesium reduces stress by interacting with GABA receptors. Taking a magnesium supplement before bed is often recommended for those who experience insomnia.

Cannabidiol is one compound that’s taken from the marijuana plant, when consumed it does not produce a high effect, but a feeling of relaxation. According to Havard Health, ‘CBD is commonly used to address anxiety, and for patients who suffer through the misery of insomnia, studies suggest that CBD may help with both falling asleep and staying asleep.’ There’s also significant evidence that CBD is helpful to treat various symptoms of chronic pain, including arthritis.

Valerian root is a pink and white flowering plant with a strong odor. For centuries, valerian has been praised as an aid for sleep and relaxation. Valerian contains valeric acid, and it’s believed that this ingredient helps to calm the mind. Valerian influences the GABA levels in our brains, helping us to feel peaceful. Valerian is widely considered as one of the best supplements for wellbeing.

According to Health Line, ‘Valerian root also contains the antioxidants hesperidin and linarin, which appear to have sedative and sleep-enhancing properties.’ In addition, ‘

‘One study found that treating mice with valerian improved their response to physical and psychological stress by maintaining levels of serotonin.’

St.John’s Wort is a useful supplement for those who suffer from stress symptoms, (whether linked to anxiety or depression). It’s suggested that the hyperforin content interacts with the nervous system, helping the body and mind to feel calm.

Several research studies have concluded that St John’s Wort is comparative to pharmaceutical drugs for depression, with fewer side effects.

When trying any new supplements, ensure that you carefully read the health guidance. Some supplements may not be suitable, depending on your allergies or medications.