The Benefit Of Keeping An Open Mind About Hot-Button Issues 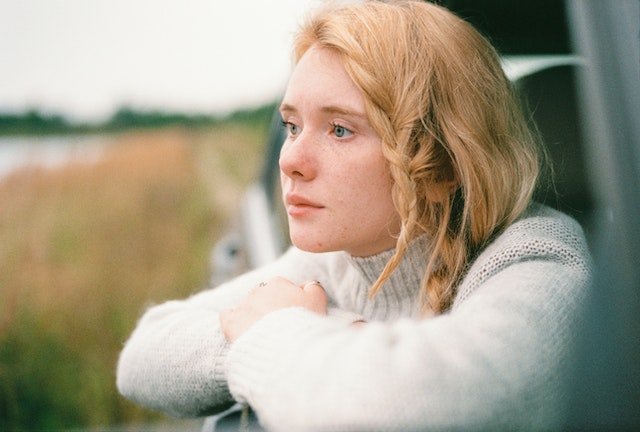 It seems that the wider cultural discourse we all live within has become very binary as of late. This is because social media often rewards those who make the most attention-grabbing statements with likes and virality, and of course, these can sometimes dictate the conversation from then on.

It can be hard to detach from this and try to think your way through issues that are in the media, and sometimes, the benefit of not feeling as though you have to have an opinion on absolutely everything comes with age. That said, it’s difficult to know where the middle ground is here. After all, when you have a career to keep on top of, a family to raise, and weekly duties to stay on top of, it’s not as if you have a spare six hours to look into one issue and solely write down the pros and cons of considering each side.

In this post, then, we’ll discuss the benefit of keeping an open mind about hot-button issues, but perhaps more importantly, how to do that in the first place:

Look To Both News Sources

It’s pretty clear that a totally non-biased news source, while often sought after, is hard to really find. After all, people at their core are rarely unbiased, which is why it’s important to listen to more than one person.

This means looking to both news sources to see what kind of arguments they’re making, and what topics they’re willing to cover. Sometimes, the omission of a news story can be as instructive as a story that may be covered.

It might be difficult for you to face some opinions heralded by overtly right-wing or left-wing press, but it can at least help you understand the arguments being made so you can counter them with your own individual thought, should you wish to. In some cases, more and more aggregates are being sought after. Ground News seeks to elevate the narratives offered by certain journals and also gives them a reliability score you can use to see how trusted the outlet is. A healthy peppering of many sources can enable you to get access to more views, which altogether should texture your own.

Having a bias is not necessarily a bad thing all of the time. After all, you are probably biased against those who seek to do harm. That said, from time to time it’s good to consider if you’ve really gotten the right end of an issue, or if you could undergo further deliberations when you get time.

In some cases, it’s fun to play devil’s advocate with yourself and consider what people you disagree with think, and how they come to that position. While some ideas are of course too ridiculous or harmful to even think of entertaining, it’s good to think more laterally at the minor, palatable disagreements you have.

For example, many people are somewhat upset by climate protestors causing disruption in busy work environments, such as paint being thrown at a Van Gogh painting in order to grab news headlines.

On the surface, this sounds reckless and destructive. But dig a little deeper and you hear that the protestors were fully aware the painting was protected by glass and did this to gain headline coverage, in order to showcase their ideals to the wider public. You’re free to entertain whatever conclusion you wish for here of course, but it’s good to consider what both sides think, and where you ultimately align. Never allow anyone to force you to make a snap judgement.

Consider What You Really Know

It’s very easy to think that you’re an authoritative source because you’ve read a few articles and you think you have a grasp on the issue. But as people become wiser, they realize that nuance abounds. While it’s true that many people are happy to learn something new and roll with it continually, and are sometimes quite obnoxious about that fact, don’t let that force you to come to a position sooner than you’re ready to.

In some cases, it’s good to consider what you really know when knee-jerking against a headline. Reading the source of a topic, where they found their report, who verified it, and the reliability of the publication or journalist can go a long way.

Furthermore, be careful about what people say in the comment sections of websites. Often, those with knowledge about a topic can be perplexed at how much hearsay and misinformation is found here.

From time to time, it’s good to actually go out and seek information for yourself rather than having opinions relayed to you. So for example, adopting sustainable living or trying a vegan diet can help you understand how this actually feels, what cooking with this cuisine or reducing your carbon footprint is actually like, and applying tips and tricks you source from a variety of places in order to see if they really work.

It might be that you’ve always thought sushi was distasteful. But perhaps you’ve only ever eaten sushi from a supermarket as opposed to a real restaurant dedicated to getting the sushi rice and rice vinegar blend just right. Going out and getting that first-hand experience, rather than simply running with a preference forever, can be quite instructive.

Consider When You Made Certain Opinions Your Own

In life, it’s very easy to hold on to the perceptions and beliefs that we form in our young adult, adolescent, or even childhood years. Could it be time to update those? It may be that you’re terrified of cows since you were boxed in by them on your friend’s farm as a child, but going to a local farm day out and getting the chance to milk some cows while you learn about the agriculture scene in your local environment can help you bust that impression.

This is just a minor example, but it showcases how this reflective and renewed attitude towards learning can help you grow and change.

With this advice, you’re sure to keep an open mind about hot-button issues, and notice just how much more flexible, welcoming, and interested you are. You know what they say, interested people tend to be very interesting.