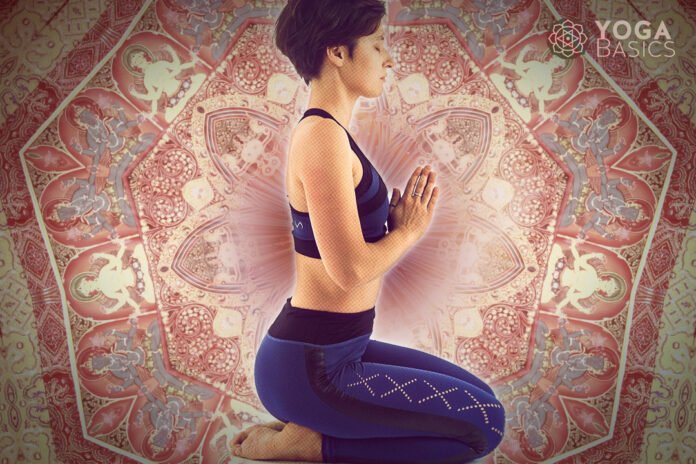 Tantra Yoga is a relatively modern revamping of the ancient Vedic and yogic spiritual practices. The Tantrics developed innovative yet unorthodox techniques for allowing one to experience the reality of the true Self–the oneness of the entire cosmos. Instead of expanding and focusing one’s awareness outwards, Tantra saw the value of the body as a tool to explore and delight in. Previously, yoga techniques were focused on the renunciation of the physical body and a conscious effort to detach from the suffering encountered in the body. Tantra instead discovered the value in the awareness and delight in the body’s inner world of energy. Understanding the techniques and goals of tantra yoga is important as hatha yoga originated from this system of yoga, and tantra provides a context for the individual practices and techniques of modern yoga.

What is Tantra Yoga?

The contextual meaning of the word Tantra has changed over time when used in different yogic texts. Originally Tantra was used to mean “weave or loom,” and later was used to define “technique, device, or method.” A more current and relevent definition comes from the Kāmikā-tantra text:

Because it elaborates (tan) copious and profound matters, especially relating to the principles of reality (tattva) and sacred mantras, and because it provides liberation (tra), it is called a tantra.

Thus, Tantra is a type of yoga that weaves together many different techniques, such as mantra meditation, visualization, mudras, pranayama and initiation to study the inner-universe through our human body. These Tantric techniques and rituals primarily focus on the cultivation and build-up of kundalini energy. Once the kundalini energy has been activated it is encouraged to flow up the nadis and chakras to eventually the crown chakra to “spill from the top” and create samadhi or enlightenment.

The energetic focus of Tantra yoga originates from the worship of Shiva and Shakti–the dynamic and static principles of the universe. The energy of Shakti (dynamic, creative, feminine) and Shiva (static, destructive, masculine) are seen as a continual play that manifests in a multitude of forms.

In Tantra Yoga, the subtle bodies of energy and spirit are developed to create a bridge from the physical to the Devine. The development of energy is focused on the purification and cultivation of prana and the activation of kundalini. The physical body is used to activate energy through the practices of asana, pranayama, mudra, and shatkarma. Thus, the Tantra yogis developed the yoga postures (asana) and breathing exercises (pranayama) that are most commonly used today in Hatha Yoga. Mudras include hand gestures and an intense fusion of asana, pranayama, and bandha. Shatkarma (often referred to as kriya) are esoteric exercises and techniques to purify the body and cleanse the energy pathways.

The devotional practices of mantra, yantra, and puja are used to develop the spiritual body.Mantras are sacred Sanskrit sounds that are manifestations of the divine power. Yantras are sacred geometric forms used for concentration and visualization in Tantric rituals. Puja is the active devotional worship of a chosen deity through offerings of food, incense, light, water, and gems.

Tantra yoga was introduced to the west in the nineteenth century as exotic sexual-spiritual practices to deepen connection and intimacy. The interest in Eastern spirituality and the sexual and revolutions of the late 1960s and early 1970s further popularized and cemented Tantra as a yoga technique for great sex. Tantra as a sacred sexuality practice does relate to classical tantric teachings on the subtle energy body and an embodied presence to sexual union. But to simplify and conflate sexual techniques and interpersonal intimacy with the practice of tantra yoga is a distortion of this elaborate and complicated system of enlightenment.

The Goal of Tantra

The Tantra Yogis emphasis on personal experimentation and experience led to radical techniques to cleanse the body and mind to break the knots that bind us to our physical existence. The famous “Left Hand” schools of Tantra used unlawful practices of consuming sex, alcohol, and meat as powerful tools for transformation. Tantra Yoga encompasses a huge range of techniques, yet its underlying focus is on using the body as a temple to worship the all-encompassing oneness of life as sacred.

Tantra enables the practitioner to directly experience the Divine and to taste the oneness of the cosmos. Tantra offers a smorgasbord of yogic techniques to bring one into the state of ecstasy representing a vast synthesis of spiritual knowledge.