Major Side Effects of Meditating, According to Health Experts 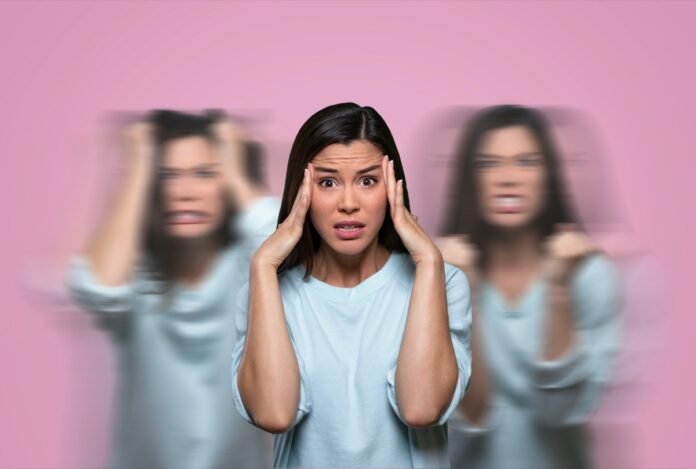 According to recent statistics, there are somewhere between 200 and 500 million people who practice meditation across the globe. In the U.S., nearly 40% of all adults have reported that they meditate at least once-per-week. Given everything we know about science of meditation and its broader sibling “mindfulness,” this is nothing short of terrific news. After all, scores of studies have shown that the practice of calming your mind, centering yourself, and focusing on the present can reduce your anxiety, your blood pressure, and your risk of depression, while at the same time increasing your productivity, your attention span, and your overall sense of wellbeing.

But for all of the inherent benefits of making meditation a cornerstone of a healthier life, there’s a flipside of notable and lesser-known negative side effects that health experts warn may occur for some people.

“Previous research has found that very few, if any, psychological or physiological processes are universally beneficial,” writes Willoughby Britton, Ph.D., professor of psychiatry and human behavior at Brown University, in a paper titled “Can mindfulness be too much of a good thing?,” which was published in Current Opinion in Psychology. “Instead, positive phenomena tend to follow an inverted U-shaped trajectory where their typically positive effects eventually turn negative.”

In other words, meditation not only doesn’t work for some people, but it also may backfire. One author recently detailed his own experience in a new report for the BBC. “For around 20 years, I’ve struggled with periods of anxiety, and turned to mindfulness meditation as a means of quelling those feelings,” writes David Robson. “Far too often, however, I’d end the session feeling much worse than when I began. Rather than relaxing, my heart would begin to accelerate, or my inner monologue would take a nasty turn, as unpleasant memories and feelings of failure and hopelessness flooded my mind. These events became so frequent that I now only use mindfulness occasionally.”

While Robson assumed that he was “uniquely bad” at meditating, the truth is he’s far from alone. According to a survey of 1,232 meditators published in the journal PLOS One, more than a quarter of them reported “having had particularly unpleasant meditation-related experiences, which they thought may have been caused by their meditation experience.”

Read on for some of the negative side effects that health experts say can result from meditation. And for more news from the front lines of health, make sure you’re aware of The One Major Side Effect of Walking Every Day, According to Health Experts.

In the previously mentioned study of 1,232 meditators published in PLOS One, 315 of them reported “unpleasant experiences” that included panic attacks, otherwise known sudden and intense bouts of fear that, according to the Mayo Clinic, “trigger physical symptoms when there is no real danger or apparent cause… When panic attacks occur, you might think you’re losing control, having a heart attack or even dying.” In a 2017 study, also published in the PLOS One, 14% of meditators reported having panic attacks as a result of meditating.

For more, sign up for our newsletter to get daily recipes and food news in your inbox.

According to a study published by The American Psychosomatic Society, researchers studied the effects of a two-month course of mindfulness-based cognitive therapy on several study participants, and the researchers found that people who meditated a lot—a half-hour a day, five days per week—actually experienced lesser sleep quality than those who did not meditate as much.

“Similar to attention-enhancing drugs like coffee, Ritalin and cocaine, meditation can increase focus and alertness,” Brown’s Britton explained to Robson in the BBC article. “But when taken too far that can lead to anxiety, panic and insomnia, because there is both neuroanatomical and neurochemical overlap between attention and arousal systems in the brain. You can only crank up your attention dial so far before you start feeling anxious or stop sleeping.”

“Meditation can increase activity in the dorsolateral prefrontal cortex, which in turn regulates the limbic system, and the amygdala, another region where emotional salience is processed,” explains Robson. “In the right amount, prefrontal control over the limbic system can result in better focus and less emotional reactivity. But when that’s taken beyond optimal levels, it can blunt all emotions, both negative and positive, so that they no longer feel extreme joy or happiness. In extreme cases, this can result in the unsettling sense of ‘dissociation’ from their life–which affected around 8% of meditators in [one] study.”

According to the 2017 study in PLOS One, 66.3% of meditators surveyed reported experiencing a “lack of interest in people’s conversations,” 62.9% said they’ve experienced “feeling of being superior to them/better than them,” 61.7 said they experienced “feelings of boredom cause by people,” and 71.6% reporting “feeling that only people who meditate are valuable.” For more news that can help you lead a healthier life, make sure you’re aware of the One Major Side Effect of Sitting on the Couch Too Much, According to a New Study.