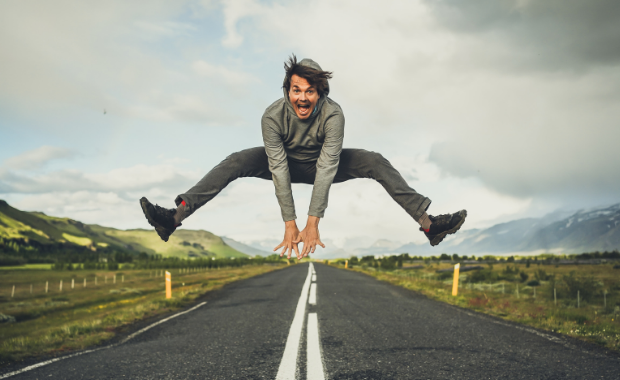 Let me ask you a question: How successful do you think you would be at driving forward while looking in the rearview mirror? If you’re being honest, your answer is most likely, not at all. No one would be.

That’s what trying to build the future you desire while dwelling in and on the past is like. You’re trying to complete an almost impossible feat. Marianne Williamson famously said, “we do not heal the past by dwelling there. We heal the past by living fully in the present.”

Wrapped up in those powerful words are the great truth that we cannot change the past. No matter how much we scratch, claw, or complain, there’s no changing it. All we can do is focus on the present and building for the future.

Well, you can’t start building the future you desire if your hands are full of the baggage from your past. You have to let go of the past to free yourself up to construct your future. And in particular, there are three things from the past that weigh people down the most. To learn the three things you need to let go of from your past so you can break through, keep reading.

If you’ve been around long enough, chances are you’ve been screwed over or wronged in some way. Sadly, it tends to just be part of life. And when someone wrongs us in some way, it becomes very easy to hold on to grudges.

The problem with holding grudges is that they are some of the heaviest baggage you can possibly carry around. Grudges stay at the forefront of your mind and heart. They break you down mentally and emotionally, which eventually takes a physical toll.

Grudges keep you stuck in the past and in a vicious cycle of reliving the wrong that was done to you. You’re essentially chained there. In order to move forward, you have to release and let go of those wrongdoings from the past. When you do, you set yourself free.

I love how Lewis Smedes described it when he said, “to forgive is to set a prisoner free and discover that the prisoner was you.” You deserve the ability to create the life that you want. So go ahead and unchain yourself from your past by letting go of any wrongdoings that happened to you.

“You’ve got to make a conscious choice every day to shed the old – whatever “the old” means for you.” – Sarah Ban Breathnach

2. Let go of your limiting stories

I come from nothing, so I’m meant to be nothing. My parent’s relationship fell apart, so finding true love must be really hard. Only lucky people get rich.

The saddest part about it is that the vast majority of those beliefs were given to them without any say on their part. They were like terrible gifts that couldn’t be given back.

What I mean by that, is that most of the stories we grow up believing about ourselves and life in general are ingrained into us prior to the age of seven, which is about the time that our conscious mind comes online. Prior to that, we are like a sponge, soaking up any and everything we experience in our world.

Our perception of what reality is gets created with little to no choice on our part. So if you grew up in a poor family, where money was talked about as something that’s extremely hard to make or something that corrupts people, then you likely grew up with many of those same beliefs. Same thing if you grew up with parents who had a dysfunctional marriage, you likely grew up with a certain set of beliefs about how hard having a happy, healthy relationship is.

That’s the unfortunate part of life, is that so many children are being handicapped with life altering limiting beliefs without even having a choice of whether or not they want them. They’re like the elephant who grew up attached to the rope.

At first, the elephant fought to break the rope and run free, but wasn’t strong enough to do so. But after failing long enough, the elephant eventually gave up trying to break it. That’s how you end up with a full grown elephant attached by a measly to a tiny stake in the ground, not even trying to break free. The limiting stories of that elephant’s adolescent experiences forever shaped and limited the possibilities for it’s life.

The good news is though, as adults with the conscious ability to choose what we hold on to, we get to decide whether we want to hold on to those beliefs any longer. If you truly want to break through and create a great life for yourself, you’ve got to be willing to snap the rope tying you to those limiting beliefs.

“Breathe. Let go. And remind yourself that this very moment is the only one you know you have for sure.” – Oprah Winfrey

3. Let go of your victim mindset

The last thing you must let go of from your past in order to create an abundant future is your victim mindset. Piggybacking off of the last point about limiting beliefs, so many people have been conditioned to believe that they are a victim in life. That life is happening to them, and that they just can’t catch a break.

The problem is, if someone has a victim mindset, they are giving away their power to create the life they want. They are saying that they are not strong enough to actually achieve their goals or desired outcomes in life. If you didn’t have any say in this terrible life being created for you, why would you have any say in changing it and making it any better?

No one who has ever created anything great in their life did so with a victim mindset. Victims throw their hands up and give in when things get tough. That’s if they even get started in the first place. Those who win, on the other hand, take one hundred percent responsibility for their lives, and believe that they have the power to create anything they want.

Just like your limiting beliefs, your victim mindset was most likely given to you. You learned it from those closest to you at a young age. But, just like a bad gift, you can choose to throw it away anytime you want. And you’re going to have to if you want to break through in your life.

Like Steve Maraboli said, “Stop validating your victim mentality. Shake off your self-defeating drama and embrace your innate ability to recover and achieve.” If you can do that, you’ll be able to create the life you want.

The Benefits Of A Family Camping Trip This Summer

The Benefits Of A Family Camping Trip This Summer