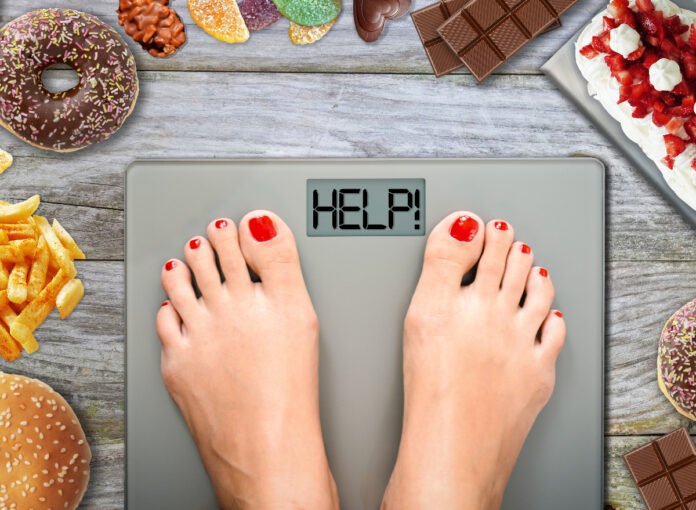 The latest diet or fitness fad always receives a lot of attention. Why? It’s human nature to believe that a lean, attractive spokesperson on TV or online holds the secret to rapid weight loss. What works for one may not be as effective for someone else, which is why diet tricks fail so often. It’s like one pull on a slot machine: very low odds of success. But in the weight loss gamble, you’ll increase your odds of payout if you bet on trying several complementary strategies that have worked for many people—and stick to them. That’s why we’re sharing seven weight loss habits of the biggest losers—and no, we’re not talking about the contestants on the reality TV show, “The Biggest Loser”—that’ll inspire you to kickstart your fat loss journey.

A research organization called The National Weight Control Registry (NWCR) at Brown Medical School and The Miriam Hospital Weight Control and Diabetes Research Center in Providence, Rhode Island tracks people who have dropped a substantial amount of weight and maintained it for an extended period of time. The Registry has more than 10,000 people in its database. On average, registered members have dropped 66 pounds and kept the weight off for 5.5 years. Now that’s pretty impressive!

The Registry’s findings point toward common weight loss habits you’ll recognize that have a strong basis in scientific study. Still, everyone’s genes can express themselves differently, as the diversity in the Registry’s results suggests:

Everyone’s unique—including you. But your chances of winning by losing may increase if you practice seven weight loss habits of the biggest losers that the NWCR findings reveal have worked.

NWCR participants tend to eat three meals and two snacks a day, which protects them from overeating. It may seem counterintuitive, but people who eat fewer times daily are often those who are overweight, NWCR researchers explain. Sprinkling five eating sessions into the day does just the trick to reduce cravings that lead to overeating.

Be smart and fill your plate with nutrient-dense, lower-calorie foods like vegetables and fruits, and include some protein like Greek yogurt and string cheese to keep hunger at bay. Science tells us that adopting a consistent refueling pattern like that will benefit weight maintenance.

Nearly all—98%—of the Registry participants reported that they changed something about their food intake that helped them lose weight. Maybe it was drinking a glass of water before meals or some other technique. But one thing is clear from the reporting: These participants consume fewer daily calories on average compared with the average American.6254a4d1642c605c54bf1cab17d50f1e

The Registry’s study in the Journal of the American Dietetic Association pointed out that female participants ate a low-calorie diet of around 1,306 calories a day compared to the average woman’s 1,800 to 2,000, while male registrants consumed 1,685 calories to the average guy’s 2,200 to 2,600.

Eating breakfast is a common habit among the Registry participants. As a matter of fact, 78% of them never skip breakfast, according to the NWCR findings.

The morning meal has long been recommended by nutrition experts as a weight loss strategy, but new research calls that advice into question. A study in the 2022 issue of Cell Metabolism found that the timing of meals had no effect on total daily energy expenditure or resting metabolic rate and no difference in weight loss. The study was small—just 30 participants. And while the individuals who ate breakfast didn’t experience an increase in calorie burn, they did report feeling less hungry later in the day, which many dietitians believe could be beneficial for weight loss.

“If you eat a substantial breakfast, you’ll modify your calorie intake the rest of the day and be less inclined to constant snacking,” says Kim Rose, RDN, CDCES, a registered dietitian nutritionist and certified diabetes care and education specialist in Central Florida.

Seventy-five percent of the Registry participants report that they weigh themselves a minimum of once a week. One benefit of weekly weigh-ins is accountability. It can help you stay motivated to eat healthy foods and get regular exercise if you see the number on the scale go down. Some individuals, however, find stress on the bathroom scale—especially if progress is slow.

The research on using self-weighing to motivate weight loss is inconsistent. Some studies found that people who weigh themselves every day lose more weight and practice weight control behaviors more consistently than people who track their weight less often.

Sixty-two percent of the Registry participants reported streaming less than 10 hours of television every week. Screen time is an easy-to-measure marker for sedentary activity; less screen time means you have more time to spend being physically active.

A report by the World Cancer Research Fund International (WCRFI) found a correlation between more time spent watching TV and weight gain and obesity. Being overweight or obese as an adult heightens your risk of developing cancer, according to the WCRFI.

The Weight Loss Registry data suggests that its participants used the time they didn’t spend on the couch to exercise. Ninety percent say they exercise about an hour every day. That’s a long workout session. But studies suggest that it takes that kind of effort (time exercising and intensity) to achieve weight loss through exercise. If you’re not ready for a long workout, try some of these Exercise Habits for Weight loss That Really Work.

The biggest losers from the NWCR make sure a glass of water’s never too far away. Increasing their water intake was by far the most common strategy for losing weight.

According to the NWCR study in the journal Obesity, 42% of participants said that changing what they drank was critical to their success. While just 10% of participants reported regularly drinking sugar-sweetened beverages, 53% said they regularly drank low or no-calorie sweetened beverages in addition to water. Seventy-eight percent of those drinkers felt that choosing low-calorie beverages helped them have a good handle on their total daily calorie intake.

A common thread runs through the strategies successfully used by NWCR participants: consistency. Their most successful weight loss strategies are not something you try once and forget; you need to make them habits.

That’s the main takeaway from a study by Drexel University published in Obesity. Quick and erratic weight loss rarely results in weight maintenance. In this study of 183 participants, the people whose weight fluctuated the most during the early weeks of a behavioral weight loss program had poorer outcomes one and two years later when compared with men and women who lost a consistent number of pounds weekly.

So, go slowly, be consistent, and be patient for results. And remember, what works for a group of people may not work for someone like you. Then again, it just might.

Jeff Csatari, a contributing writer for Eat This, Not That!, is responsible for
editing Galvanized Media books and magazines and for advising journalism
students through the Zinczenko New Media Center at Moravian University in Bethlehem, PA. Read more about Jeff