55 Quotes About Character To Reinforce Your Better Angels 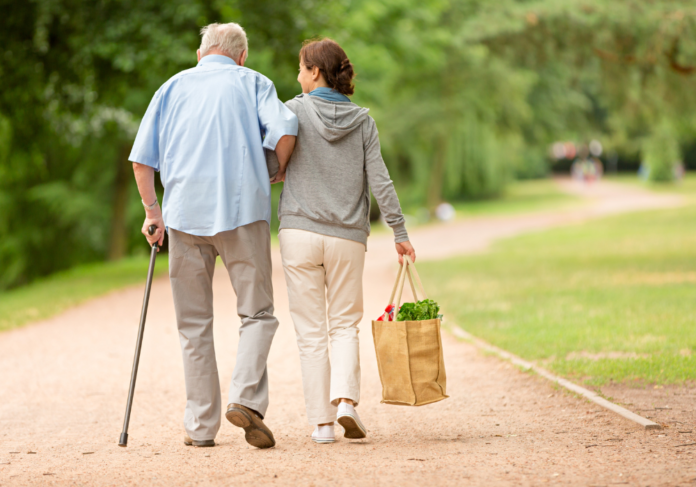 What’s the value of a person?

Qualitatively speaking, it’s not about how much money you have or your rung on the social ladder.

Instead, a person’s character is the determiner.

One’s capacity for compassion, kindness, and emotional generosity says leagues about an individual than their socio-material status.

In our hyper-commodified culture, it’s a truth too frequently forgotten and ignored.

So if you want to get back to basics, try doing some “quote therapy” with sayings about character.

How These Character Quotes Can Help You

“Quote therapy” is a term we invented to describe the practice of using sayings and mantras as a self-care and mental health tool.

Rooted in the science of neuroplasticity — which posits humans can change our thoughts at any age — quote therapy is a way to retrain your brain. Here’s how it’s done:

The more the quotes interweave into your cerebral fabric, the more they’ll become part of your behavioral and personality pillars.

55 Quotes and Sayings About Character

Using quotes and mantras to internalize a thought, idea, or value is a time-honored tradition. We’ve curated a list of 55 building character quotes to use when burnishing your behavior.

1. “You may encounter many defeats, but you must not be defeated. In fact, it may be necessary to encounter the defeats, so you can know who you are, what you can rise from, how you can still come out of it.”― Maya Angelou

2.“A man’s character may be learned from the adjectives which he habitually uses in conversation.”― Mark Twain.

3.“Whatever you are physically…male or female, strong or weak, ill or healthy–all those things matter less than what your heart contains. If you have the soul of a warrior, you are a warrior. All those other things, they are the glass that contains the lamp, but you are the light inside.”― Cassandra Clare, Clockwork Angel

7.“Courage. Kindness. Friendship. Character. These are the qualities that define us as human beings, and propel us, on occasion, to greatness.”― R.J. Palacio, Wonder

8.“In the end you should always do the right thing even if it’s hard.”― Nicholas Sparks, The Last Song

9.“Real courage is when you know you’re licked before you begin, but you begin anyway and see it through no matter what.”― Harper Lee, To Kill a Mockingbird

10.“You can easily judge the character of a man by how he treats those who can do nothing for him.”― Johann Wolfgang von Goethe

11.“If you wish to glimpse inside a human soul and get to know a man, don’t bother analyzing his ways of being silent, of talking, of weeping, of seeing how much he is moved by noble ideas; you will get better results if you just watch him laugh. If he laughs well, he’s a good man.” ― Fyodor Dostoevsky

12. “All men make mistakes, but a good man yields when he knows his course is wrong, and repairs the evil. The only crime is pride.”― Sophocles, Antigone

13. “You can judge a man’s true character by the way he treats his fellow animals.”― Paul McCartney

14. “Never does a man portray his character more vividly than when proclaiming the character of another.” Winston Churchill

16. “People do not seem to realise that their opinion of the world is also a confession of their character.”― Ralph Waldo Emerson

18. “Character — the willingness to accept responsibility for one’s own life — is the source from which self-respect springs.”― Joan Didion

20. “When you choose your friends, don’t be short-changed by choosing personality over character.” ― W.Somerset Maugham

21. “Character is doing what you don’t want to do but know you should do.” ― Joyce Meyer

23. “One’s character is set at an early age. The choices you make now will affect you for the rest of your life. I hate to see you swim out so far you can’t swim back.” ― Wendelin Van Draanen, Flipped

24. “When you are joyful, when you say yes to life and have fun and project positivity all around you, you become a sun in the center of every constellation, and people want to be near you.” ― Shannon L. Alder

25. “Perfection of character is this: to live each day as if it were your last, without frenzy, without apathy, without pretence.”― Marcus Aurelius, Meditations”

26. “Keep in mind that the true measure of an individual is how he treats a person who can do him absolutely no good.” ― Ann Landers

27. “Be sure you put your feet in the right place, then stand firm.” – Abraham Lincoln

29. “An individual step in character training is to put responsibility on the individual.” – Robert Baden-Powell

31. “Even water carves monuments of stone, so do our thoughts shape our character.” ― Hugh B. Brown

32. “It was character that got us out of bed, commitment that moved us into action, and discipline that enabled us to follow through.” – Zig Ziglar

17 Must-Have Qualities Of A Good Woman

33. “Character, in the long run, is the decisive factor in the life of an individual and of nations alike.” – Theodore Roosevelt

34. “You will never do anything in this world without courage. It is the greatest quality of the mind next to honor.” – Aristotle

35. “Character is determined more by the lack of certain experiences than by those one has had.” – Friedrich Nietzsche

36. “Admitting one’s own faults is the first step to changing them, and it is a demonstration of true bravery and integrity.” –  Philip Johnson

37. “Conduct reveals character, and we best understand integrity when we see it lived out in a person’s life.” – Charles H. Dyer

41. “Real integrity is doing the right thing, knowing that nobody’s going to know whether you did it or not.” – Oprah Winfrey

42. “Character is the line in the sand between the worst of the good people and the best of the bad ones.” – Johnny Flora

43. “The ability to remain calm before, during, and after the storm reveals one’s true strength of character.” – Christine E. Szymanski

44. “Men of genius are admired, men of wealth are envied, men of power are feared; but only men of character are trusted.” – Alfred Adler

45. “If you pay too much attention to your reputation, you could lose your character.” ― Michael Josephson

46. “Parents can only give [their children] good advice or put them on the right path, but the final form of a person’s character lies in their own hands.” ― Anne Frank

47. Character is the moral strength to do the right thing even when it costs more than you want to pay. – Michael Josephson

48. “I have a dream that my four little children will one day live in a nation where they will not be judged by the color of their skin, but by the content of their character”. ― Martin Luther King, Jr.

49. “Character is like a tree and reputation like a shadow. The shadow is what we think of it; the tree is the real thing.” ― Abraham Lincoln

50. “If you want to find out what a man is to the bottom, give him power. Any man can stand adversity — only a great man can stand prosperity. It is the glory of Abraham Lincoln that he never abused power only on the side of mercy.” ― Robert Ingersoll

53. “Leadership is a potent combination of strategy and character. But if you must be without one, be without the strategy.” – Norman Schwarzkoph

54. “Because power corrupts, society’s demands for moral authority and character increase as the importance of the position increases.” – John Adams

55. “Knowledge will give you power, but character respect.” Bruce Lee

How to Use These Quotes on Character

“Quote therapy” is about more than just saying or writing words. You must contemplate the connotations and messages imbued in the quotes to change your brain and put it on a more productive path.

We hope you found these “character of a person” quotes helpful. Working on yourself is commendable. Many people don’t take the time, so pat yourself on the back; you’ll be better off for it.

And remember: It’s never too late to change. Ignore anyone who says otherwise. You’re in the driver’s seat and have what it takes to be the best version of you.