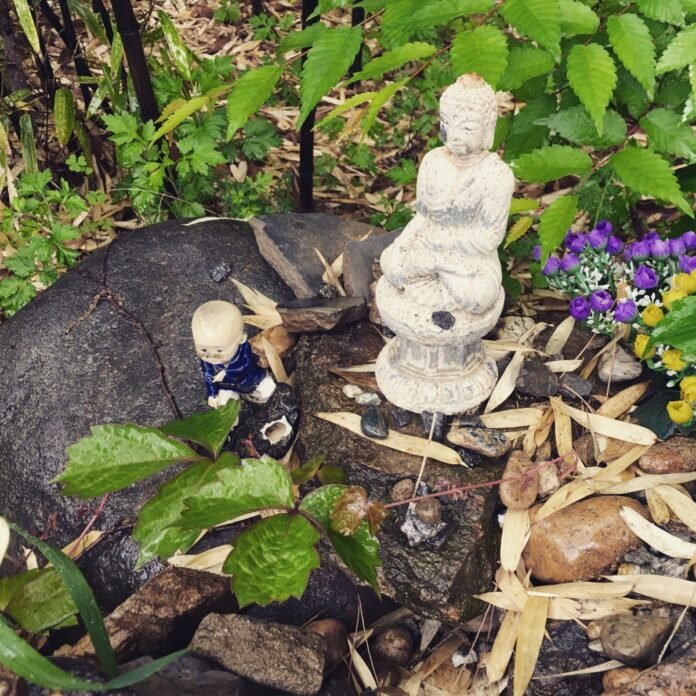 Meditation. Yoga. The two go together like Batman & Robin (though with less capes… usually).

As spiritual health practices that have both found popularity in the West over the past 50 years, we tend to lump yoga and meditation together. Whenever we read of one, the other usually isn’t far behind. And when we’re shopping for yoga pants it’s no surprise to see a meditation mala in the vicinity.

Yet despite the obvious correlation between yoga and meditation, there are still countless people who do one or the other and not both.

Yoga makes you better at meditation because it creates a relaxed body that is conducive to a relaxed mind. Not to mention, it also makes it far easier to get into lotus position without feeling like your legs are going to snap in two.  And meditation makes us better at yoga in five key ways. Let’s take a look.

How meditation makes us better at yoga

1. Meditation helps us focus on asanas

Every time we place the body in an asana (pose), we should be focusing on that pose. By focusing the mind on the body while in a pose, we experience the asana in full. Yoga asanas offer many mental health benefits, but in order to glean those benefits, we have to actually focus on what we are doing.

Sadly, many people don’t leave their thoughts and distractions at the yoga studio door. And so they are not able to focus on the yoga.

Meditation is well known to improve focus and concentration. And because of this, it makes it easier to focus the mind on the body when we enter a yoga pose. The result is complete mind-body immersion in the asana.

One of the lesser-known benefits of meditation is that it changes the way the body uses oxygen.

Scientific research shows that meditation lowers oxygen consumption rate by 10%. This means that we are more able to control the breath during and after meditation. This is a game-changer for anyone who gets short of breath when practicing yoga. If that’s you, try meditating before doing yoga, and during your yoga session, take a few moments here and there to practice mindful breathing. This will help regulate the breath.

Not only does this help us practice yoga for longer, it also gives us more control of pranayama.

3. Meditation helps you to discover the philosophical aspects of yoga

While most yoga studios these days are more concerned with physical exercise than philosophy, historically yoga has been about both.

If you want to truly embrace the yogic lifestyle, you have to get in touch with the philosophical side. Meditation can help.

The yogic system itself includes many meditations, such as Trataka (Still Gazing), chakra meditations, mantras, and sound meditations (Nada Yoga). Not only do these meditation techniques help train the mind, they also prepare the mind-body for more advanced stages of yoga. After all, it’s hard to truly experience Pungu Mayurasana  (Wounded Peacock Posture) while you’re worrying about that business meeting.

4. Get too sweaty doing hot yoga? Meditation will help

Anyone who practices Bikram (hot yoga) knows what it’s like to sweat a little too much. But meditation can change that.

We get sweaty when our body temperature rises. But meditation reduces heart rate and blood pressure, and this cools down the body and thereby reduces sweating.

So if you’re worried you might be a little hot, sweaty and, yes, smelly when you’re doing hot yoga, try meditating.

Feel a little wobbly in Warrior III? Meditation will change that, at least according to one scientific study.

Ying Kee, PhD, and his colleagues at the Nanyang Technological University’s National Institute of Education took 32 men and split them into two groups. Kee made both groups stand on one leg while holding a basin of water.   While they were doing this, Kee asked one group to be mindful of their hands, while the other group were allowed to think of anything they liked. Kee then tested the balance of members of both groups.

The results showed that being mindful of the body increases balance, where thinking about something other than what we’re doing will actually lower our balance.

So, if you want to stay in an asana for longer, be mindful of your body while you’re in the pose.

Anyone who is serious about getting better at yoga should embrace both the physical and the mental exercises. And of the latter, meditation is the most important.

By practicing meditation not only do we embrace more of the yogic lifestyle, we also prepare the mind for success in the yoga studio.

The benefits of meditation are significant, and they are invaluable when it comes to improving our yoga practice.

If you’ve been doing the physical side of yoga without practicing meditation, perhaps it’s time for that to change.

Editor’s note: This is a guest post by Paul Harrison, a meditation teacher based in Hamilton, Ontario, Canada. He has 20 years of experience and has spent more than 2,000 hours meditating. He also works as a freelance journalist.