5 Masculine Energy Traits That Will Surprise You 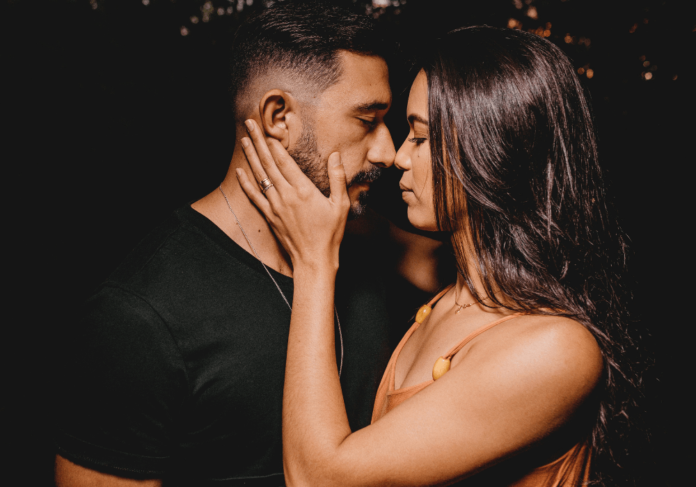 Real masculinity isn’t toxic any more than real femininity is.

And it’s not about male vs. female.

You won’t necessarily find more feminine energy in a woman than in the man standing next to her.

The same goes for masculine energy.

It’s not about being  “buff” or cocky or louder than the rest.

If you’re asking, “how do I tap into my masculine energy?” (because you do have it), this post is for you.

What Is Masculine Energy?

Masculine energy isn’t about being a man. Women also can have masculine energy. It has to do with the male characteristics that we all can access.

It might help to describe what comes to mind with the words “masculine energy.”

Think of the dualism of the Yin and Yang in Chinese philosophy.

These energy forces can be complementary and interconnected.

Masculine energy is an ideal that’s challenging but still possible for imperfect beings and includes these qualities:

Masculine energy is present in all of us and is dominant in some. It’s a very real, very human thing you can choose to develop in yourself.

What’s the Difference Between Masculine vs. Feminine Energy?

To describe masculine energy, we use adjectives like self-assured, goal-focused, driven, protective, and giving  —  as well as nouns like hero, champion, alpha, and father.

To describe feminine energy, we use adjectives like heart-centered, fluid, creative, nurturing, and receptive — as well as nouns like goddess, queen, and mother.

Neither is superior; both are necessary. And each is attracted irresistibly to the other.

The divine masculine and feminine are the fullest possible expressions of both, so they show the differences between the two that much more clearly.

Divine masculine energy — or, if you prefer, sacred masculine (or feminine) energy — may be based on archetypes. Still, these archetypes serve as reminders of how powerful and timeless these energies are.

Imagine yourself exhibiting the traits listed below. Really get into it. You can picture yourself in one or both of the examples given for each.

Assertiveness is about standing up for yourself or someone else. It’s also about not hanging back when you know you have an idea worth considering.

Assertive people put themselves forward and speak up when necessary. It’s not that they think their voice matters more than other people’s; it’s just that they know it matters. And they’re among the first to encourage others to speak up and be heard, too.

Example #1: Speaking up to advocate for someone you care about, even at the risk of being punished for it.

Example #2:  Setting and enforcing clear personal boundaries with others and defending those of others when necessary—not to trample on their agency but to have their backs.

Authentic confidence is a hallmark of masculine energy. They may not have all the skills they need to apply to a particular job, but they don’t let that stop them if that’s the job they want.

She trusts her ability to learn what she needs to learn quickly and well and do the job better than most. It’s not the same as arrogance; she doesn’t feel any need to criticize or disparage others to get an advantage over them.

Neither does she see any benefit to doubting or downplaying her qualifications.

She may not be the most qualified applicant (yet), but as far as you know, she believes she is. And often enough, that gives her an edge.

Example #1: Putting yourself forward as a qualified candidate for a particular job even you don’t have all the qualifications listed on the job description. You know you’ve got it.

Example #2: Approaching someone you’re attracted to at the risk of being shot down because you want to know whether the attraction is mutual (and justified). Confidence doesn’t leave room for false humility, either — or for nervous hesitancy.

A reasonable man or woman doesn’t use logic to appear more rational than those around them.

They appreciate logic and objectivity for their own sake. They don’t assume that they’ll always be the more reasonable one, either — though they make an effort to govern their thoughts.

Those who exhibit more feminine traits are more likely to try a bit too hard to appear more reasonable and take a condescending attitude toward anyone who doesn’t see them that way. Those with more developed masculine traits don’t have to.

Example #1: You care about well-constructed arguments and clear, rational thinking, but you don’t beat others over the head with it. You use logic as a tool, never as a weapon.

Example #2: When you learn better, you’re not afraid to admit you’ve made a mistake in your thinking. You see humility as essential to growth and continued learning. So you’d rather fail at something, own your mistakes, and learn from them than hang back in fear of being seen as a failure.

Someone who has dialed up their masculine energy tends to take more risks, either to get closer to a goal or just to get out of their comfort zone and try something new. They’re more likely, for example, to go sky-diving or to start a business of their own.

They’re action-takers. While they might sometimes catch themselves overthinking, they pull themselves out of it by focusing on the essentials and forging ahead.

As for the risks involved, they’ve learned not to get too attached to a specific outcome. At the very least, they know they’ll learn something from it. And learning is the point.

Example #1:  Stepping out of your comfort zone to do something other people see as crazy or risky, simply because you see value in taking a calculated risk and learning from it, whatever happens.

Example #2:  Putting your ego on the line to reach out to someone, knowing they might react unkindly. You don’t let the unkindness of a few dictate what you’re willing to do for others. And you don’t do it for thanks or praise. You do it because it’s worth doing.

A disciplined person will subject their body to discomfort for a greater good, depriving it to some degree of something it likes (food, extra sleep, etc.) to gain something they value more.

They’re also careful not to overdo the deprivation and endanger their well-being.

As a result, disciplined people tend to have better physical health (though other factors can influence both). They’re also more likely to have daily routines that help improve their energy levels and productivity.

Self-discipline is essential to the development and expression of masculine energy. It’s not about being ripped; it’s about self-control, which is about more than food, money, or sex.

Example #1:  Getting up at the first sound of your alarm, launching into your wake-up routine, and getting out the door on time for work or other commitments.

Example #2:  Outlining a plan to reach a goal of yours, breaking it down into steps, and taking daily action to make progress.

17 Must-Have Qualities Of A Good Woman

How to Increase Masculine Energy

Whether you want to dial it up to harness the power of sexual polarity, or you just want to develop neglected parts of yourself, the following tips can help you ramp up your masculine energy:

Now that you’ve gotten to this point, which of the masculine traits described above are you most interested in cultivating in yourself? And what will you do differently today?